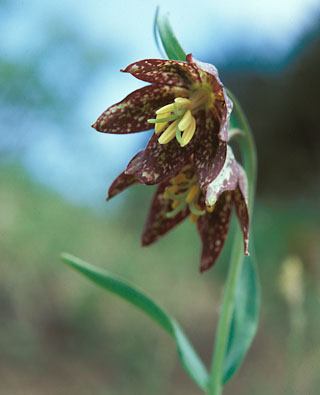 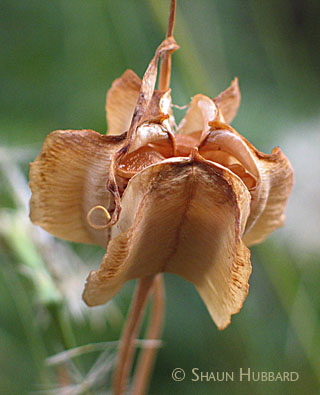 a smell that draws flies. The bulbs and rice-like bulblets were a major food in the old days; they’re bitter and too rare to dig up now. When rice was introduced to the Haida, they named it “fritillary-teeth.”

Both this genus of lilies and a type of butterflies may have more or less checkered color patterns on their petals or their wings, respectively, and are called fritillaries, after a Latin word for a chess board. The Romans had a sort of dice box they called a fritillus, and the flower’s name has sometimes been traced to that word, but the chess board explanation makes more sense and is found in Gerard’s Herball of 1597.